In 2016 was finally finished interior works at Gazprom Export headquarters located on Ostrovskogo square in Saint Petersburg. This building next to Alexandrinsky Theatre became one of the most hi-tech architect project in the city. However, it’s facade perfectly continues architectural ensemble of the historic square.

This project is a result of collaboration between London bureau MCM Architecture and DWFI who made a complete interior integration from design to installation. 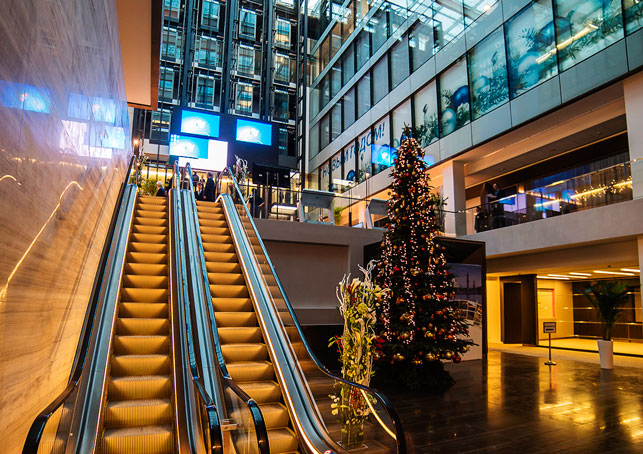 New office located in historical center of Saint Petersbourg on Ostrovskogo square nearby Alexandrinsky Theatre. The building was designed by Gerasimov & Partners architectural workshop for Palazzo Rossi hotel in between 2002–2005. During design process exterior concept and number of floors were changed twice. Construction last from 2006 till 2008.

The new building perfectly fits into ensemble of square and holds a high position among nearby heritage asset.

Works began from architectural replanning and strengthening of concrete structures according to civil engineering standards.

We applied various engineering practices that allowed us to implement most challenging ideas like installation of suspended stairs in atrium at a height of 6 floors.

Professional international team gathered on this project. Fit Out contractor was RDCM. We used to work together on other projects in Moscow like Raiffeisen headquarters and Office center «Novatek».

For the first time we cooperated with MCM Architecture, but very soon realized that we push same ideas in managing projects. Together we integrated architectural design developed by London office of IOR UK. 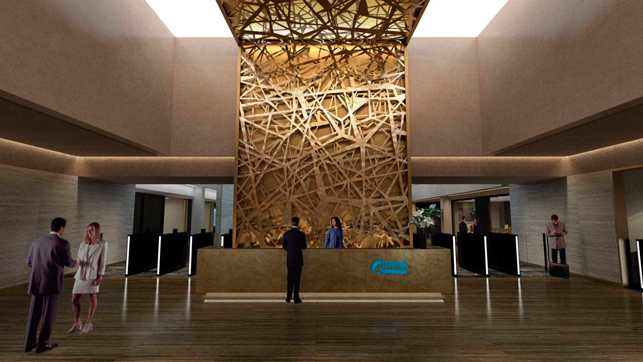 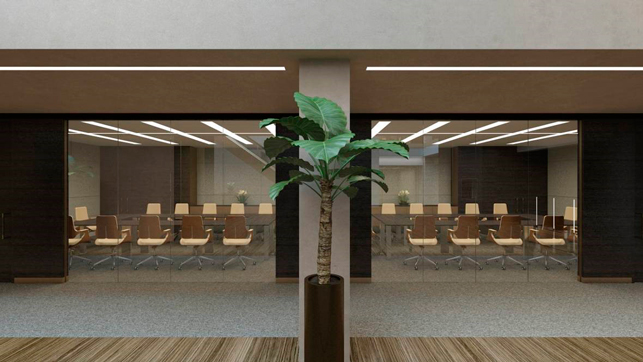 Our company produced interior doors using plastics, nut and oak veneer. All doors are fire-proof according to EI30 standards.

Doors for meeting rooms where commercial secrets or National Security Information could be discussed safely protected with sound proof doors. 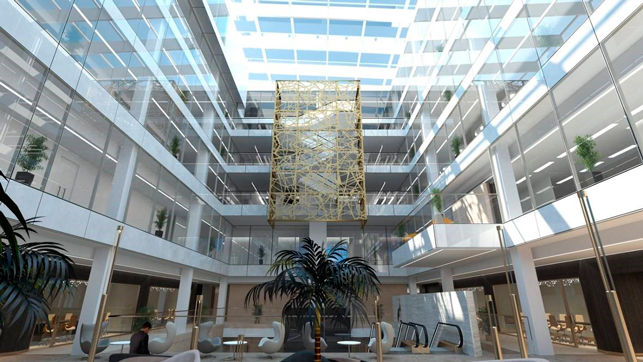 Gazprom Export building — one the most ambitious and large-scale project on Russian real estate office market.

On 26th of december 2014 Gazprom Deputy Chairman of the Board of Directors Alexey Miller have opened new Gazporm Export office building. 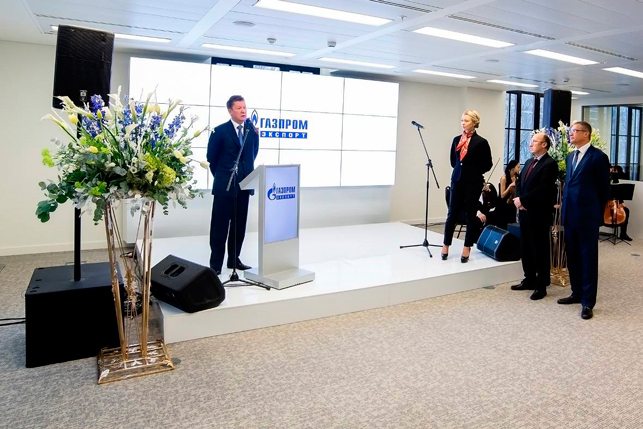 Alexey Miller says: «No doubt new headquarters is one of the most high-tech buildings in the city. It’s facade perfectly continues architectural ensemble of the Ostrovskogo square and interior infrastructure meets newest technological standards. Despite task complexity, this project successfully complete. We are grateful to our partners who did their best to set up this challenging project in full and on time.«