She studied at the art school and College of graphic design in Volgograd. Graduated from the Volgograd architectural Academy with a degree in architecture. 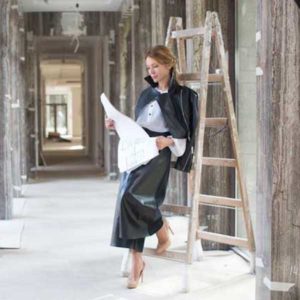 With great success, she launched her first projects in Moscow in 2001, immediately getting on the covers of magazines. Each new project was invariably noted in the media. In total, more than 30 publications in leading Russian publications ad, interior salon, Interior + design. Olga designs bars, restaurants, offices and apartments all over the world. It also deals with hotels and private residences. Olga’s portfolio includes the hotel “La faranadole” in the South of France, a Residence on Bal Bay Drive in Miami, USA.

“Working with DWFI was characterized by coherence and efficiency, the ability to perform multitasking extraordinary tasks. The reliable DWFI algorithm, skill and extensive experience in working with natural materials allowed us to successfully implement projects in a short time.”